Step One: Get Your Shit Together

You need a list of things (a mixture of hardware and software) in order to mod your Xbox. You may have some of them lying around the house already. Some can be obtained cheaply or borrowed, and some can be downloaded. As such, it’s taken for granted that you have a PC, and you obviously save a chunk of dough if you’ve already got an actual Xbox. Check dem ting off this list:

Let’s look at each of these items in detail: 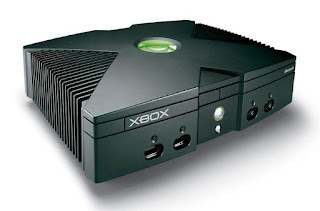 The Xbox is only so modifiable because Microsoft somehow let a few errors creep into the programming of its software, and the hardware was also relatively easy to hack. These vulnerabilities were then exploited by certain wily folk, who discovered they could run their own code on the console. Microsoft, however, eventually got wise to these techniques and tried to fix the errors. As a result, there are various versions of the Xbox, from 1.0 to 1.6. A 1.6 Xbox cannot be easily modded, so you need to make sure you’ve got one of the previous versions. If you don’t have an Xbox but you’d like one, you can get them second-hand for very little these days. Use the table below to find out what version you’ve got or take a look at this site, which has more info. Ideally your Xbox will be connected to the Internet so that it can be updated, and you should have local network access to it as well (just plug it into your network / router / wifi hub using Ethernet).


You’ll need one of these in order to plug a normal memory stick into your Xbox. You can make one (if you’re bored, really skint, or a glutton for punishment), or just buy one from somewhere like eBay or Amazon. Just make sure it's Xbox to female USB.

The Xbox has built-in support for USB flash memory drives, and there is a list of devices that are known to work / not work if you don’t have one. Fortunately, most people have at least one lying around, but it has to be one you don’t mind erasing, of course. You could even borrow one from a friend. If yours isn’t on the list, give it a go and see if it works.

The way to do this is to plug it in to the Xbox (via your USB adaptor) and select the Memory option on the Xbox’s main menu (the dashboard you see on startup). If it works, you’ll be told the memory you’ve inserted isn’t recognised and has been erased. I used a random memory card reader with a compact flash card and it worked a treat.


One of 3 Required Games

There are 3 well-known Xbox games that can take advantage of its vulnerabilities. They are:
The numbers noted are the serial numbers identifying the version of the game that you need (usually printed on the inner ring of the game disc). Particularly where MechAssault is concerned (one of Microsoft’s own games – hilarious!), you must ensure it’s the original version as, like the Xbox, it was rereleased in a fixed state once MS discovered their mistake. This website has a good guide on how to identify the right versions. If you’ve already got one of these games, wahey; you just saved yourself a fiver. If you don’t, try local 2nd hand games shops or eBay.

I say ‘a softmod package’ like there’s an option. There is, but Krazie’s Ndure Pack is pretty much the softmod to get for ease of use and flexibility, and the one we’ll be using here. Depending on the game you’re using, download the appropriate savegame data below (from this helpful site), in preparation for the next step of this guide.

Disclaimer: these files are not hosted by me so you are taking the usual risks downloading them, and should therefore take the usual precautions prior to unpacking them. Please leave a comment if the links break so I can update them.

These files are packed in a .rar archive, which is like a .zip archive but Windows doesn't have the ability built-in to unpack them. I recommend 7-zip, which is free. If you don't know which version to download, use the link at the top of the list.

The Xbox uses a different filesystem to a PC (i.e. they speak different languages), so you need a translator program to copy the softmod onto your flash drive. Xplorer360 is that translator and can be downloaded from the very reliable afterdawn website. Yes, it's designed for the Xbox360, but that's okay.


Step two: Do The Mod 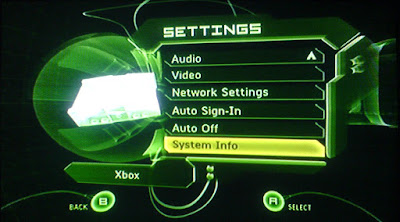 The first thing is to check the version of the Xbox’s built-in software (the dashboard), as it has to be up to date for the mod to work. If you’ve never connected to Xbox Live (you won’t have an Xbox Live option on your dashboard), the chances are your dash is the original version that it shipped with. To find out what version you’re running, choose Settings from the dash menu, then choose System Info. 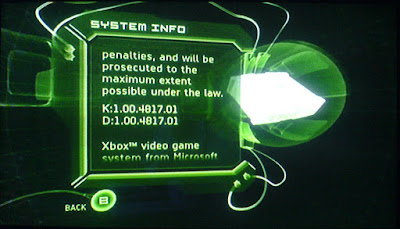 The first thing you’ll see is a copyright notice, which will scroll down to eventually give you two numbers, labelled K (Kernel) and D (Dashboard): the dash number is the one we’re interested in. The latest version is 1.00.5960.01 (or just 5960). If your number is lower, your dash needs updating. If it’s not, you can skip this step.


The following guide shows how to do it with MechAssault, but any Live-enabled game will be able to perform the update. Just use the same principles as below: 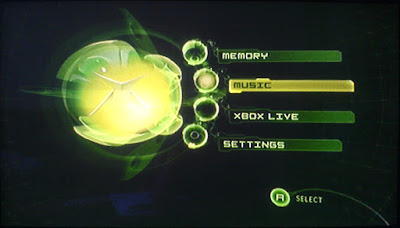 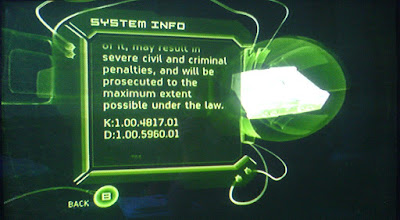 If you haven’t already, it’s now time to set up your flash drive:
Bingo – you have an Xbox-formatted flash drive. Now we need to copy the softmod files onto it: 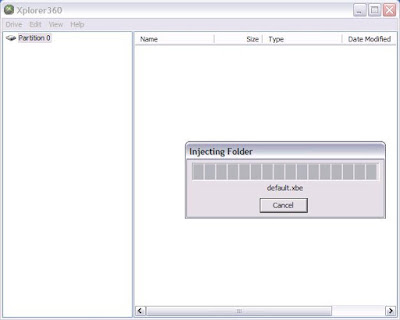 The softmod files have now been copied to your Xbox hard disk and, like a Trojan horse, its contents are ready to pounce on your Xbox and make it super: 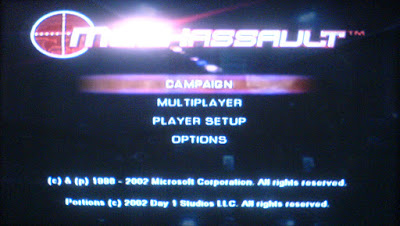 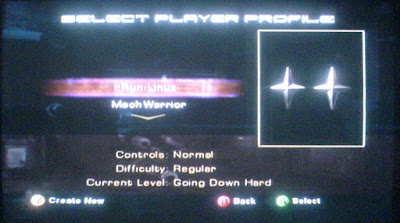 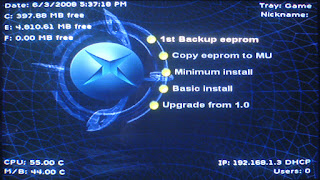 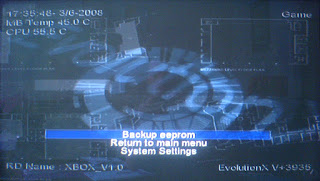 Now that the relevant checks have been made, the installation will begin and progress will be shown. This takes about 2 minutes. Once it’s done, you’ll be told to turn off your Xbox. Turn it back on using the eject button, and remove your game. UnleashX will load again, and ask you to press A. Your C drive will now be shadowed (an important step, but you don’t really need to be aware of it). Press OK when prompted. This part of the process takes about a minute.

Once that’s done, you’ll get a message saying your Xbox is completely modded. Congratulations! Click OK on that message, and on the next one. The last screen asks you not to delete the gamesave you transferred to the internal hard disk – heed this advice. Click OK, and your Xbox will restart into your shiny new dash.

If you transferred the eeprom backup to your flash drive, copy this onto your computer and keep it somewhere very safe. If you didn’t, let’s do it now: 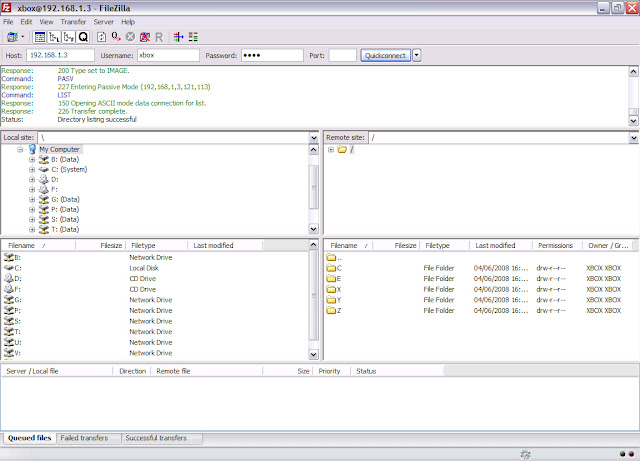 With that step done, your Xbox is now all yours. Next you can upgrade your hard drive and install a more feature-filled dash like Xbox Media Centre (XBMC).
Home Page