Home Page
Given the International nature of this particular hobby, I should first explain the title of the blog. The short version is that someone who doesn't have much money (or has none) is 'brassic'. The long version is that there was a dialect of the English language used in the East end of London in the mid-to-late 19th century called Cockney Rhyming slang. Growing up not far from there in the '80s, this is something I was quite used to as a kid. 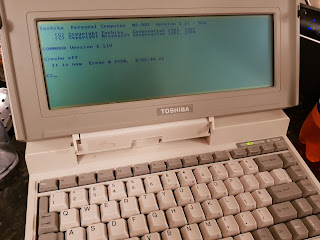 So, I've been collecting computers for a number of years now but my activities have intensified in the last couple of years. I've gone from owning one 486 motherboard (which I have owned since I purchased it in 1995 and hung onto) and my 'current' computer (a Core 2 Quad system) to a plethora of vintage systems. Some I bought from local sellers, some were 'dumpster finds' and some were gifted. My ultimate goal is to possess at least one of every generation of PC from the original IBM PC model 5150 to a modern-day system. So far, I am missing the original article, but I do own an example of pretty much everything else inbetween. I intend to write an article on each system. I would love to do the same with Apple systems and, recently, I have begun establishing a Commodore collection as well.


The reason for this is simple. I have always been an owner of 'budget' systems. My 'current' system is based on an Intel Core 2 Quad 9550 CPU - equipment dating from 2008. I have always been at least a generation behind the latest technology, but this gap has widened in recent years. I could argue that my laptop (which I'm using right now) is my most up to date system, and it is from 2010: a Lenovo u410 which has a Core i5 3317u CPU. This is a '3rd generation' i5 CPU aka Ivy Bridge - the current generation is Skylake, which is '6th generation'. So now I am 3 generations behind, despite the newest systems still being called i5. (2020 update: 10th generation is the newest).

Not What It Used To Be 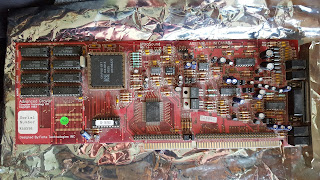 I first got into computers in the '90s, when CPUs could be found from Intel, AMD, Cyrix, IBM, VIA, Kingston, UMC and others. There was a lot of competition and, while Intel won the marketing war with their big budget and anti-competitive practices, other manufacturers found their niche. What I enjoy about vintage computing is being able to experience the most high-end or weirdest tech from a particular period. Regardless of their budget, most people only had one computer or architecture from any given period. When that platform became particularly out of date (usually precipitated by operating system advances), people upgraded. Their old system was either disposed of or upgraded piecemeal. Very rarely would a person continue to run their old system alongside their new system. Space constraints often had an impact on this.

As a result, there are some technologies that I never used when they were fresh, and some games I never played at their maximum detail setting, for example. Now that these items are historical, I can experience them retrospectively e.g.

- 3DFX Voodoo graphics ($300 at the time)
- SLI (2 of the above running in tandem)
- VESA Local Bus
- EISA (Compaq's 32-bit ISA-compatible bus)
- MCA (IBM's 32-bit ISA-incompatible bus)
- Caching hard disk controllers
- SCSI (including hard disks running at 10K rpm)
- Games at high detail, high frame rates, or high resolutions
- General MIDI hardware e.g. Roland Sound Canvas and MT32
- Pentium / Pentium II (I skipped this and went from 486 to Pentium III
- Athlon / Phenom (I have had Intel systems since my AMD 486)
- Any other hardware that was unobtainable to most normal people

Once More, With Feeling 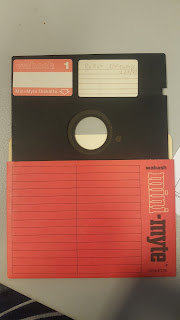 For most people, once a computer is 'old', it is no longer useful. The oldest news is yesterday's news. At some point, however, they reach 'vintage' status and they are, once again, useful in a nostalgic sense. I have a particular interest in the 486 era, as the PC industry expanded hugely and there were many technological advances in a short period of time. There are also many things people are still learning today about systems of this time, either by comparing systems that were never compared at the time, or by combining old equipment with new equipment. I have seen projects to find the fastest component of a particular era - now that these eras are gone and behind us, people can make 'absolute' statements about hardware of these times such as 'what is the world's fastest 486?' or 'what is the fastest VLB graphics card?' These are only two of the many questions people are seeking answers to. Just the other day I helped someone to figure out what is the quickest way to read floppy disks using different devices and interfaces. This is the kind of question that can only be answered by having a variety of hardware at one's disposal and be able to make comparisons.


The other side of vintage computing as a hobby is that there is a trend in recent years of computer manufacturers recycling old equipment in order to fulfil government-dictated e-waste quotas and to protect the environment. This is unfortunately resulting some pieces of history being lost. I am one of a relatively small group of people who are trying to preserve the history of computing so that future generations may continue to enjoy the experiences of previous generations. This blog aims to document my own experiences of the preservation process.
Home Page
Posted by Brassic Gamer at 17:15 1 comment: